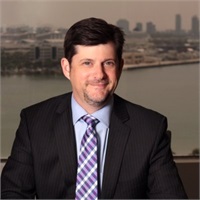 Craig A. Lance is the CEO of Global Planning Partners.

In 1994, Craig joined MetLife Financial Services in Sarasota, Florida as a Financial Services Representative. There, he achieved Presidents Conference and Million Dollar Round Table 1996 thru 1999, Management Leader’s Conference in 2001, Management Chairman’s Council in 2002 and GAMA’s National Management Award in each year 2000 through 2003, as well as GAMA’s Career Development Award. In the summer of 2003, Craig was promoted to the Naples/Fort Myers, Fla. market as a Managing Director. There, he achieved Management Leaders Conference and was awarded the National Management Award and Career Development Award each year 2004 through 2008 for his efforts in the recruitment and development of Financial Representatives.

Recognizing the unique opportunity that the South Florida marketplace presents to the independent channel, Craig made the move to begin to help those on a more open and free platform. There he has created an already highly successful organization to add to his 25+ years of vast experience in the financial services industry and to the firm’s bottom line.

Currently, Craig is an active member in the Miami-Dade/Broward Association of Insurance and Financial Advisors where he has been recognized as a member of the “Pinnacle” recruiting award. He also is an active member of GAMA International. Craig has spent time sitting on the Board of Directors for the ASOLO Theatre and Acting Conservatory in Sarasota, Florida. There he served on the endowment steering committee. He also has been involved with the Local Leadership Council of the Collier County Community Foundation where he assisted the leaders of 60+ not-for-profit organizations in raising funds for their respected charities.

Craig is a former actively enlisted United States Marine, and served both domestically and overseas. Through his four-year active enlistment, Craig attained the Combat Action Ribbon for active combat duty during Operation Desert Storm, The Good Conduct Medal, along with numerous other accommodations. In 1992, Craig was honorably discharged from the Marine Corps. Craig’s time regarding community involvement is now centered on the Association of Financial Educators where he assists in helping battle financial illiteracy. Craig is also very active in the Marine Corps Athletic League, Veterans of Foreign War and the Miami-Dade Veterans Alliance to assist in placing returning veterans into our local work force.

In 2007 Craig was recognized by local news outlets and Gulfshore Life as one of the top 40 Business People Under 40 in Southwest Florida.

Craig and his wife, Ivette, live in Downtown Miami.